Welcome to the Irish Mini Owners Club Forum. To aid the prevention of the spread of the Covid - 19 Virus. With the greatest of respect for our Members, families and general public. We have taken the conscious decision to postpone all runs, meets and events until further notice

Theres a lovely 93 Maroon Sportpack'd mini Ive spotted a few times in Inchicore over the past 6 months. Gave him a big thumbs up today (as a pedestrian) and then two hours later he rolled past me in the Clubby. If your on here, howerya

remember me, benny blanco from the bronx
Top

Bit of a cheat but a spot nonetheless. At cars and coffee yesterday, a lovely clean sportpack owned by a very nice German chap who I got chatting to.
remember me, benny blanco from the bronx
Top

was looking through some old pics and spotted something that looked a little familiar! Economy run a few years back i think....fast and furious a few years before that too!

Saw a lovely blue mini in Spiddal yesterday. Roof rack and signs all over it. Anyone on here?
Great weather for it.
Top

Meanwhile, back on the internet....

Spotted two minis yesterday on my way in to work, both on the M11,
First one was heading south on a trailer a white one,
Second was an orange mini, beeped as I passed but don't think it was heard as I didn't even get that confused look that you get when you beep at a mini and wave from a different type of car

Just caught a glimpse of a white/cream Mini heading out the Howth road in Killester yesterday mid morning.

Greetings! I am a new member here, I own a 1978 Mini Pickup that was imported into the States from England sometime after a 2004 restoration was performed by P&L Mini's in England.

I purchased the Truck from a fellow in Texas and I think I am the 3rd owner of it here in the States.

I was Touring the North from 6 June to 11 June and spotted this beauty scooting along in Bushmills on 9 June around 1400.

I almost missed it!!

Then on 11 June around the same time I stopped for Petrol off the M1 about 20km North of Dublin and saw this beaut.

The back window decal led me here.

This trip was my first Euro trip and I chose Ireland (and the North of Ireland on purpose) we are already planning another trip at the same time next year.

Hopefully members here recognize their cars. The black one sounded really nice running up the road.

Threw an edit in and want to thank Photobucket for ruining all the internet forums that do not host their own photos.

macker wrote:Spotted two minis yesterday on my way in to work, both on the M11,
First one was heading south on a trailer a white one,
Second was an orange mini, beeped as I passed but don't think it was heard as I didn't even get that confused look that you get when you beep at a mini and wave from a different type of car

If it was on the N11 bit it could have been me.
Top

yesterday, or "ieri" as they say round these parts...

spotted a beautiful little white Clubman going round the roundabout at junction 6 off the N4,
5000 K* (I think) was the reg, looked all original

Seen a beautiful green with cream roof 1988 Mini in Ardee on Sunday, they day after I picked up my new Clubman from England. Had to get a picture with them both! 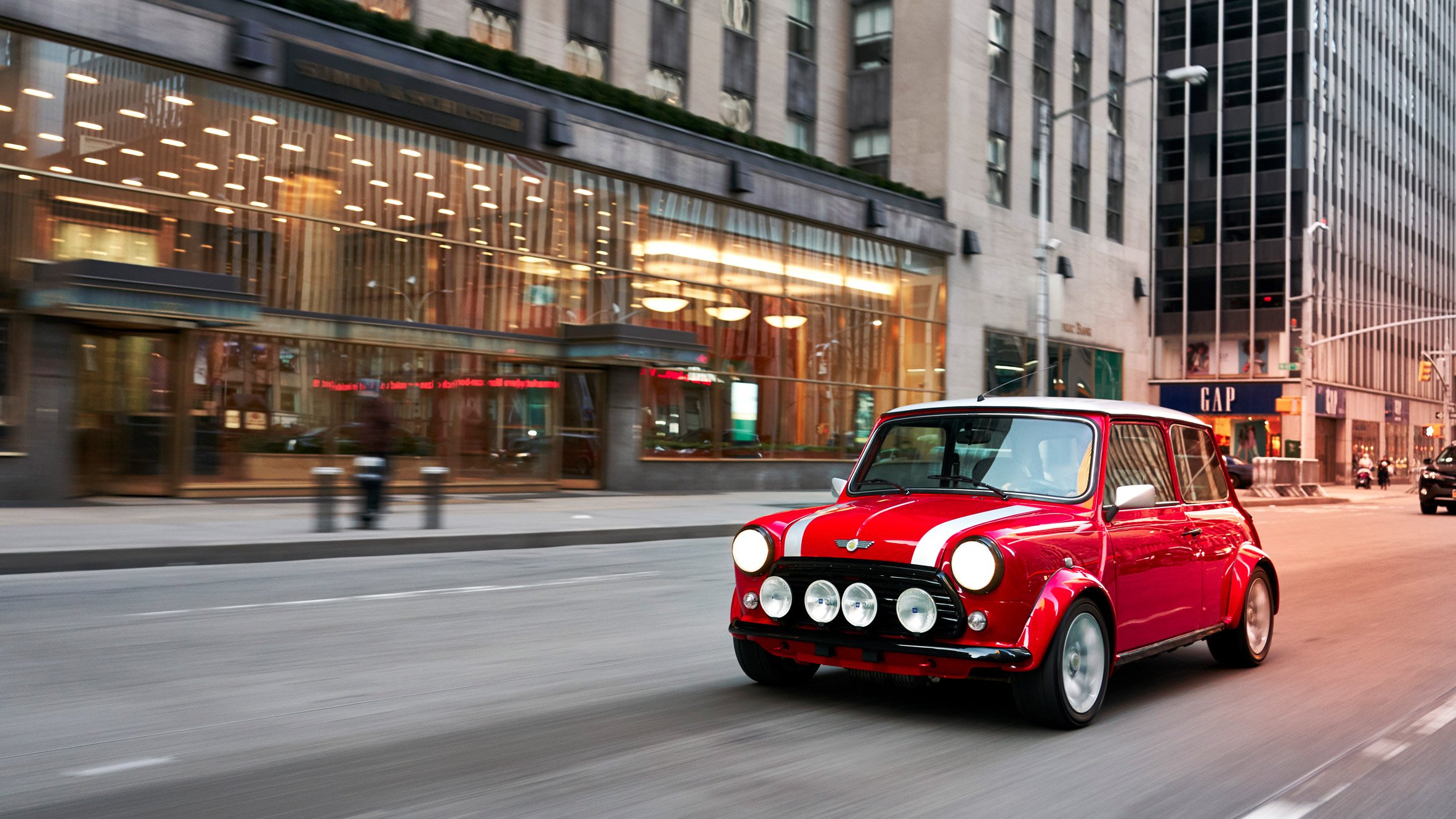 1: A red 92C reg just outside of Rathcormac .
2: A Wolseley Hornet on the back of a trailer in Sallybrook leaving the petrol station.
3: A Red 98C reg on a recover truck on the N40 with a Mini Club Or Ireland sticker on it.
Simon O'Carroll
Celebrating 30 years of the Irish Mini Owners Club, 60 years of the Mini, 55 years of the Moke and 50 years of the Clubman
IMOC Webmaster for too many years and counting!

This mini has been around Medjugorje for some years. Had a run in it last week. It belongs to Luka Vasilj who works in the Burrito Restaurant.

Irish mini in this video 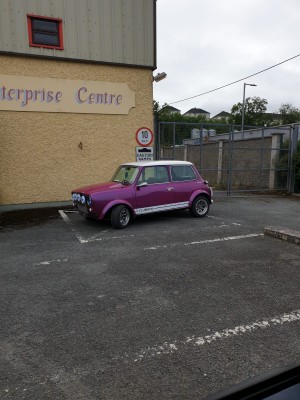 That Mini belonged to a friend of mine in Cork. He fitted an upgraded Metro turbo set-up into it for his daughter. She thought it was too fast so they sold it.
Top

Looks nice. Does the bonnet scoop go all the way across ? Is that a rad or intercooler on the front?
TECHNICAL MODERATOR
Top
Post Reply
2232 posts

Users browsing this forum: No registered users and 1 guest